Final Statement on the LambdaConf Controversy

LambdaConf will focus on professional ethics instead of morality.

Individuals each act according to their own morality, but we must share a common set of professional ethics in order to interact with one another in a professional setting.

For LambdaConf, there is no direct moral component: there is only the determination of which professional ethics best facilitate the goals of the conference. For this, we have come up with a code of conduct, which we will improve over time.

The distinction is explained elsewhere:

“A lawyer’s morals may tell her that murder is reprehensible and that murderers should be punished, but her ethics as a professional lawyer, require her to defend her client to the best of her abilities, even if she knows that the client is guilty.”

LambdaConf is more committed than ever to a welcoming environment.

LambdaConf is more committed than ever to providing a physically and verbally safe environment. Toward that end, we will pass safety and trust judgments on attendees, and hold attendees to a strict code of professionalism.

Everyone who attends the conference is required to treat all other attendees with respect, dignity, and empathy; to communicate non-violently with honest self-expression; and to refrain from stereotyping, belittling, bullying, and harassing attendees.

We have absolutely zero tolerance for any behaviors or materials at the conference that are sexist, racist, ageist, sizeist, homophobic, transphobic, or otherwise discriminatory.

Enforcing professional behavior at the conference is not enough for some people. We do understand this, but every individual has a choice whether or not to attend.

Our act of refusing to ban someone for their political views has taken on a life of its own, as people have tried to turn this decision into a political battle for the ages.

Free speech advocates have gathered on one side, advocates for social justice on the other, and plenty of unkind people have aligned themselves with one of these sides for their own personal or political reasons.

We have no desire to be involved in this fight, nor to see others hurt by it. It’s not our war.

LambdaConf isn’t going to be swayed by social media.

Our recent personal experience on social media (in which we were harassed, insulted, and vilified) has taught us an important lesson: social media is fickle, highly emotional, and irrational; and it distorts or ignores the truth in exchange for more likes and retweets.

After much reflection, we have decided that we will adopt a policy that prevents us from making policy changes solely in response to social media, with a mandatory cool-off period.

For people who want to contribute, there are still plenty of ways to help. Join one of our committees, participate in calls for feedback, or write to us. We ask that you be kind, and use science, data, and thoughtful arguments that avoid logical fallacies.

LambdaConf is going to accept donations from everyone.

If you have the luxury of having so much money you can’t find a good cause for more, then we envy you, but we don’t share your problem, and neither does LambdaConf.

Money is money, and donations pay for scholarships, speaker accommodations, travel assistance, many one-off discounts that we have issued since year one, and much more.

If you want to help us figure out who we should provide marketing services to, then please write us with your thoughts on the matter (tweets don’t count, as per the above).

The view that only straight white males have the ability and willingness to voluntarily occupy the same building as someone with known offensive views is inherently xyist (see the appendix). We know women, people of color, and others who are offended by this view, and who prefer the policies we have chosen for our conference to other possible policies.

There are people of all genders, colors, ages, sizes, sexual-orientations, gender-orientations, religions, and every other demographic who may be too emotionally threatened to voluntarily occupy the same building as someone with known offensive views.

The fear cuts across every demographic. We recognize this fact, we empathize deeply, but we also recognize that any choice will alienate some people from across all demographics, and we have decided to draw our line at professional ethics.

EDIT: To clarify, we will not adopt a policy which assumes that, in the presence of a strictly enforced code of conduct, any group of people is more or less able and willing to voluntarily occupy the same building as someone with known offensive views (this is a statement on what we will do or not do, not a statement on what is right or wrong).

We don’t want to give away a slot for a presentation if literally no one’s going to come to see it, even if the functional programming content is a great fit for LambdaConf. It’s just wasteful, and we want to avoid waste.

We haven’t made any decisions yet, and we’ll solicit community input later this year. So far, the best idea is to conduct a blind proposal review by a technical committee, followed by an independent speaker review by early registered attendees (or even a separate committee).

From here, it’s a matter of math to figure out how to weight the two, based on the biasing effects of the weighting process. LambdaConf has always been a conference that favors first-time and lesser-known speakers, and we want to keep it that way.

To be clear, this would not constitute a moral judgment on potential speakers and would not in any way interfere with someone attending LambdaConf, giving a hallway talk, or speaking at the unconference. It would just help us ensure that we don’t end up with three tracks booked with awesome functional programming content that no one is interested in attending.

LambdaConf will continue being a force for positive change.

Everyone who has been to LambdaConf knows what it’s about. It has changed many people’s lives, and given many people much-needed jobs. It’s created a warm, welcoming, and tolerant environment where people can learn from and share the latest advances in software engineering.

We’re going to keep doing all this and more.

As of last week, the organization is officially a non-profit, dedicated to the continuous technical education of all peaceful people.

We’re going to redouble our efforts to introduce people from outside tech into the community and help them find jobs at supportive companies.

And we’re going to do it with the same kindness, compassion, and love that the conference has become known for.

NOTE: This appendix is not a justification of our statement, only a collection of thoughts on the matter. We do not believe that our position is right or wrong. It is a subjective choice, influenced by the feedback we collected, and consistent with our goal to focus on functional programming while still having zero tolerance for any unkind behaviors at the conference, as defined by our code of conduct. 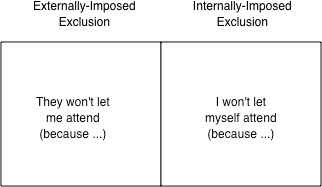 LambdaConf is very inclusive. This choice, along with many others that we make, make it both more and less likely that different people will exclude themselves from the conference.

We all have different levels of comfort for engaging in various activities with different individuals. We’ll tell some individuals our most intimate secrets, but we don’t even want to be in the same building with other individuals.

Our social lives give us the freedom to engage with whoever we want, for whatever reasons we want.

Our professional lives, on the other hand, often demand (or benefit from) a certain ability to engage in professional activities with other professionals, even if we would never socialize with those individuals, and even if we find their personal views offensive. Establishing and enforcing a common set of professional ethics help us safely interact with one another in a professional setting. 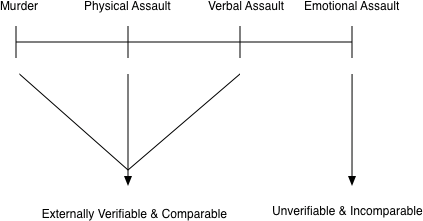 We use the term “emotional assault” to refer exclusively to the very real and potentially harmful effects of being in the same vicinity as someone known to harbor offensive views, even if they are behaving themselves in absolute accordance with the code of conduct (which we assume, and which is an absolute requirement for participating in the conference in any capacity).

In all the following cases, individuals may be emotionally assaulted, regardless of how well the assaulters are behaving themselves at a professional event:

The above individuals may experience harmful effects as a result of the assault. How do you decide who to allow into your space, and who to ban?

If you go down this path, you have to make subjective judgment calls about whose pain is greater or more important to you. Some conferences can and should do this, but we wish to keep our conference focused on functional programming, and rely on a strong and well-enforced professional code of ethics to ensure all attendees are treated exceedingly well. 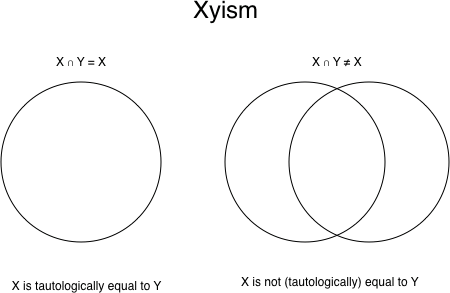 Define a group by a predicate. If you make any statement about the group that isn’t tautologically equivalent to the predicate, then you’re engaging in what we call xyism (zee-ism).

We want our species to find a way to coexist peacefully in a world of abundant diversity.

We think this is more and more important as technology makes it easier for us to destroy each other (how soon before you can desktop-print a virus that will target and kill a specific individual? Or even a drone that does the same?).

We think many people share this goal, even if they don’t always agree on how to get there.

As a simple matter of self-interest, treating all your opponents like an undifferentiated mass who are all equally wrong-thinking creates common cause among them, from the “purest evil” all the way down to the the ones who hold only minor differences of opinion and who would much rather be allied with you.

There is a strategy called “divide and conquer”: it has a name because it is effective. The opposite strategy — where you unite all your opponents so as to maximize their number and effectiveness — doesn’t have a name. 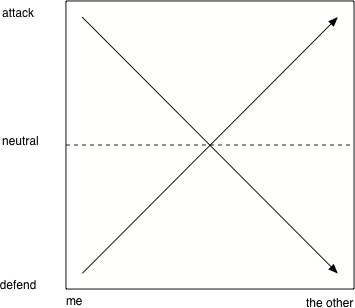 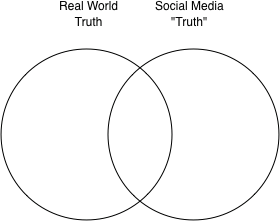